1. Before charging the phone, the battery must be completely drained

There is a saying that used batteries are usually so stupid that they "forget" their full state, and they will no longer be fully charged in the true sense. What you have to do is to "vent" it to calibrate the charge before recharging.

Therefore, you don’t have to be confused about the term “empty” before charging. In fact, Apple has already confirmed this old saying (to talk about it with its own battery). Of course, their explanations also apply to other lithium batteries.

Charge the lithium battery at any time. Generally speaking, you need to complete a charging cycle, that is, first use up a fully charged battery, and then fully charge, but the so-called cyclic charging does not necessarily have to be completed within the charging action. For example, you may use up 75% of the power in one day and then fully charge overnight; if you use 25% of the power the next day, it will take two days to use up 100% of the power and complete a charge cycle. During use and charging, all batteries will wear out, but lithium batteries will slow down this wear and reduce wear during each charging cycle.

Most manufacturers will still require you to perform "empty and charge" operations within 1 to 3 months to protect the battery. But in essence, the loss that may be caused each time the operation is "continued" is negligible in the entire battery life. The real meaning of "empty" every month is to help the operating system understand the battery power consumption from use to the present, so as to achieve the purpose of calibration.

However, more and more batteries have their own digital calibration tools at the factory, which can be fine-tuned during power calibration, so "venting" is not a very necessary method. However, if you find a problem with the battery power percentage on your phone, for example, it should be charged 20% when it is fully charged, you need to manually calibrate it, that is, try "empty and charge".

2. Charging the phone for one night is a murder for the longevity of the phone
This statement is consistent with the "electrical calibration theory". The point is that when you fall asleep and ignore the charged phone, the battery reaches an "overcharged" state in one night, which will have a significant impact on battery life.

The reality is that chargers and mobile phones are now smart enough to prevent this from happening. At this point, Popular Mechanics quoted a technical writer Andrew Goldberg on iFixit:

The argument of "overcharging" is untenable. On the contrary, leaving mobile phones and laptops charged for a long time will not damage the battery. Thanks to a smarter way, the battery box and charger can work under low current, so the battery is healthier when charging than when waiting.

A reasonable understanding of this article is that it cannot be ruled out that inserting the charging cable into the mobile phone will bring some potential dangers, but this obviously does not reach the level of attracting your attention. As mentioned earlier, if you want to extend the battery life, it is a wise way to keep the battery power at 40%~80%.

Therefore, ignore the phone and get a good night's sleep.

3. In order to improve the battery life level, you need to close the background App
We always like to think of mobile phones as small computers, and in fact we do. Opening many applications on the laptop at once, especially those that are connected to the Internet, will drain the battery. Do you think the same is true for mobile phones?

Taking iOS as an example, the way an application stays open is different from the way a computer is: when you make an open application in an idle state, it is in a "frozen" state, it does not do anything, and does not take up resources. Turning them off in the background has nothing to do with the battery, unless it consumes the performance of the CPU and battery to turn off all devices. Former Genius Bar technical worker Scotty Loveless explained:

The purpose of closing the application in the background is to free up part of the RAM it occupied. If you think it can save power, unfortunately it can't. But this "thinking" will become your habit of forcing yourself to close apps in the background. All you have to do is to be impeccable when planning to idle an open application. By the way, the iOS system will automatically close the app when its RAM is in a state of emergency.

The same is true on Android. These background task killers pretend to protect the battery, but do more harm than good. As on iOS, when you close a background task, you can only restart it when you need it again, and restarting is equivalent to putting pressure on the CPU again, including the battery of course. The process of closing and reopening is actually an intangible resource consumption.

Having said that, this does not mean that the application will not cause any trouble. For example, apps with message reminders will drain your battery. Therefore, in addition to turning off the background application refresh function, it is best to turn off some App message reminders, especially when they are not important. 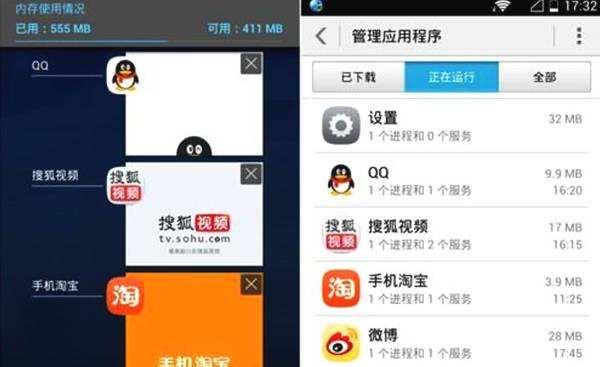 4. Machine morals are stupid, but you can only use the original mobile phone charger
There is no doubt that the phone manufacturer wants you to use the original charger for charging. But why not look at other highly rated chargers? Cheap chargers are naturally questionable, but some brands that are not too loud but have excellent parameters are definitely worth trying.

Today's USB interface chargers have been standardized, and different chargers will have different charging times, but this does not conflict with the demand for fully charged batteries. After several years of observation and research on a large number of chargers, Ken Shirriff found that using different chargers to charge will not adversely affect the battery. The current mobile phone battery only needs to be fully charged, regardless of its source, so as long as the charger provides a stable current, there is no need to worry too much about overheating during charging.

5. Disabling Bluetooth, Wi-Fi and geolocation services will save a lot of battery life
It seems that whether it is Background App Refresh on iOS or Google Now On Tap on Android, all new services added to smartphones by mobile phones will be considered to damage battery life. To some extent, this makes sense, but you don’t have to turn off all these services, at least you don’t have to force yourself to turn off Bluetooth and Wi-Fi.
MacWorld's research on the relationship between iOS system services and battery life shows that most services have little impact on the battery. For example, an application needs to call a geographic location service, but this has nothing to do with battery life. Similarly, turning on airplane mode or GPS, Wi-Fi, Bluetooth and other functions will extend the battery life by up to 30 minutes, which is very short compared to the normal life of 2 years.
Wi-Fi and Bluetooth used to consume a lot of power, but now turning them on and off has little impact on the battery. Location services can also be used with confidence, but please make sure that no application uses the service for no reason. These services will still have lower battery consumption, but the convenience they bring is worth neglecting.
On the contrary, continuously turning on the screen will consume battery power faster, so if you want to protect the battery, it is best to turn off the screen when the phone is not in use.

Iphone Battery Wholesale
Prev: Do I need to perform additional maintenance on... Next: Is Charging While Playing Really The Culprit O...