Breakthrough In New Technology Of Mobile Phone Battery: Lithium-Silicon Battery With A 50% Increase In Capacity

Mobile phones have become larger screens and their performance has continued to improve. The battery has become a bottleneck. However, with the continuous attempts of engineers, a new technology has been developed-lithium silicon battery, which has a capacity increase of at least 30% and low production difficulty. It is expected to be expected in the next two years. Produce. 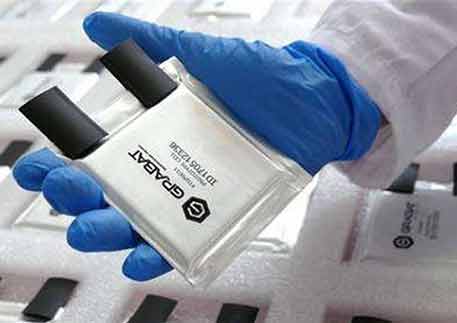 Sila Technologies and Angstron Materials have developed a new lithium-silicon battery technology. In the next few years, it can increase the battery power of mobile phones, cars, and smart watches by 30% or more. This kind of battery will soon be able to provide Ready for production.

Looking at the recent emergence of so-called "breakthrough battery technology", there is often no such big breakthrough, but "Wall Street Journal" technology reporter Christopher Mims (Christopher Mims) believes that this kind of lithium silicon battery is a real breakthrough. BMW, Intel, and Qualcomm also think so, and because of this, they all provide support for the development of new batteries.

Sila Technologies has developed a prototype product to successfully solve these problems. It combines silicon and graphite nanoparticles to make the product more durable. Sila Technologies also said that if they use the new technology they develop, the battery's stored power will be 20-40% higher than today's lithium-ion batteries.

Some startup companies want to develop the best lithium-silicon batteries, such as Enovix, which is supported by Intel and Qualcomm. Enovix claims that if it uses its technology, it can increase the power of smartphone batteries by up to 50%.