Is it reasonable for smartphone batteries to return to detachable?
The iPhone has been using non-removable batteries since its birth. It is the first to use non-removable batteries in smart phones. So why do we discuss the issue of iPhone using removable batteries today. Because Washington state recently planned to legislate, in additional clauses, mobile phone batteries must not be designed to be non-removable. This bill is not unrelated to Apple's previous "frequency reduction gate", and it also has considerations for protecting the environment and preventing the generation of more e-waste. However, starting from the user experience, is it really reasonable for the mobile phone battery to return to detachable when the smart phone generally adopts an integrated body and the body is getting thinner and thinner? 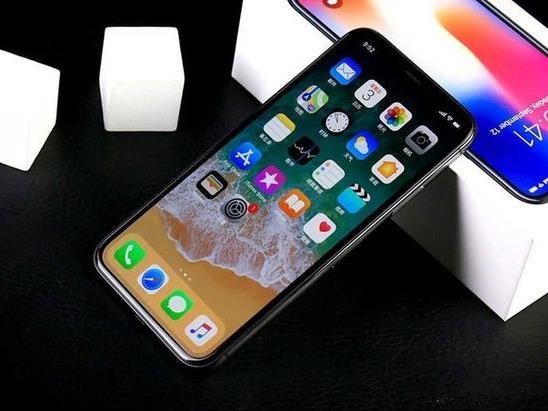 I think this is unreasonable. Smartphones are a highly integrated product. The return of detachable batteries will have an impact on mobile phone repair and replacement, battery life and charging safety, mobile phone hardware layout, body design, and body protection performance, which greatly changes users. Experience. Whether it is to prevent frequency reduction, protect consumer rights, or have environmental considerations, simply and rudely requiring smartphones to return to detachable will do more harm than good.

It can be said that after the "down-frequency gate" incident, "fruit fans" have become the group most in need of replacing mobile phone batteries. Judging from Apple's influence on the smartphone market, once the iPhone adopts a removable battery design, Android phone manufacturers are likely to follow suit. Of course, the return of the mobile phone battery to detachable is a great challenge to the safety of mobile phone charging, and it will have a great impact on all aspects of the overall design of the mobile phone. The "fruit fans" ushered in the iPhone with a removable battery, which is a retrogression in mobile phone technology. For the specific reasons, we still need to look down.

Does the old iPhone need MFi certification to replace the battery?
As we all know, Apple iPhone has been using non-removable batteries, but in the "down-frequency door" incident, Apple was exposed to the iPhone battery aging to a certain extent, began to limit mobile phone performance. The solution to this problem is also very simple-just change a battery.

Theoretically, after using a removable battery, "fruit powder" can easily break Apple's "low frequency reduction". And whether from the perspective of battery replacement costs or preventing Apple from monopolizing the maintenance market, the return of mobile phone batteries to removable is the gospel of "fruit fans". But here I am going to knock on the small blackboard, "fruit fans" please pay attention:

Users need to consider the issue of MFi certification when purchasing Apple accessories. MFi is the abbreviation of "made for iOS", which is a kind of logo use license for external accessories produced by Apple's authorized accessory manufacturers. Apple mandates that its authorized dealers must sell MFi-certified and authorized brand accessory products. Other accessory products cause damage to Apple products, and Apple will not provide any warranty.

Whether MFi certification is an act of monopolizing the accessories market, everyone has different opinions. I am sure and certain that once the mobile phone battery returns to removable, Apple is likely to use MFi certification on the original mobile Iphone battery. Once this happens, consumers will be caught in a dilemma.

Removable battery + universal charging, whether it is safe or not

After the mobile phone battery adopts a non-removable design, the power bank replaces the removable battery and the universal charger to become the user's loyal backup power. Compared with the battery, the power bank can be used for multiple charging of smart phones or multiple mobile phones at the same time. The disadvantage is that it is bulky and requires a wired connection. With the rise of power banks, third-party batteries have changed from the masses to the niche. The high disassembly difficulty of the integrated fuselage makes only Uncle Electronics City and a few geeks with strong hands-on ability to replace the third-party battery by themselves.

Once the mobile phone battery returns to removable, the third-party battery market will regain its vitality. While enjoying the benefits of battery replacement, users also have to bear the risks brought by third-party batteries and universal charging. And what everyone is most worried about is the battery explosion.

Why did the lithium battery explode

Here we are going to look at the cause of the explosion of the lithium battery. The positive and negative electrodes of the lithium battery are protected by a separator, which can cut off the circuit when the current is too large and the temperature rises to prevent the occurrence of short circuits. There are two situations in which the battery explodes due to overcharging of the mobile phone:

It can be seen from the structure of the mobile phone lithium battery that once the diaphragm is damaged, it will cause a short circuit.

The second is that excessive current may precipitate dendritic lithium during overcharge, damage the diaphragm and cause a short circuit, and the battery will explode. Therefore, many smart phones now use overcharge protection to prevent short circuits. Compared with the original battery, the quality of third-party batteries that lack supervision is uneven, and users are at greater risk when purchasing third-party batteries.

The charging principle used by the universal charger is different from that of the charger. The charging principle of a conventional charger is constant current charging → weakening the current after the voltage rises to the rated voltage → trickle supplementing through a small current. The current and voltage of this charging method are relatively stable, and it is not prone to safety accidents, and it will not cause the battery life to drop due to damage to the battery.

If your “face value” drops, I’m just asking if you can bear it

iPhone 8 Plus battery is a long strip, which is very different from a removable battery

If the mobile phone returns to the removable battery design, in order to facilitate the user to replace the battery, it is bound to leave a certain amount of internal space. At the same time, the rise in mobile phone configuration and the promotion of new technologies have led to more and more mobile phone components. For example, dual cameras and fingerprint recognition require additional cameras and sensors to be installed inside the fuselage. These factors will cause the phone to thicken. It is very unfriendly to users who are accustomed to the thin and light mobile phone design and integrated texture.

At the same time, compared to the one-piece body, the detachable back cover brought by the detachable battery will cause the overall decline of the mobile phone's three-proof capability. At that time, it will be very difficult to buy a mobile phone with a protective performance that can be comparable to that of an integrated body.

Fruit X tells you: Not all batteries can be removable

It is worth mentioning that not all mobile phones can use removable batteries, such as the Apple iPhone X, which sells for 10,000 yuan. The internal structure of this mobile phone is very different from other mobile phones. It adopts a special-shaped multi-layer structure, is equipped with a multi-layer motherboard (integrated with a large number of components), a multi-layer top sensor, and a two-stage L-shaped battery. The two parts of this battery are connected in parallel, and the degree of integration with the motherboard is very high.

Apple iPhone X uses a two-stage battery, which is more integrated with the motherboard and is not suitable for becoming a removable battery

In addition, Apple’s iPhone X has packed Face ID components, light distance sensors, wireless charging coils, and other components that do not exist in other mobile phones in its small body. These components provide Apple iPhone X with "black technologies" such as Face ID and wireless charging. Rushly adopting a removable battery design will not only compress the internal space of the phone, but also cause the otherwise light Apple iPhone X to become heavier.

What’s more awesome is that the OLED screen of Apple’s iPhone X has been folded, and the bottom of the screen is very close to the bottom of the fuselage, making Apple’s display effect more impactful than other full-screen phones. All of this is inseparable from the special-shaped multilayer structure. Overall, Apple iPhone X is not suitable for simply and rudely returning to the detachable battery design.

At present, the US government's regulation is currently only planned for legislation in Washington State. Whether it can be passed and the measures that Apple and Android phone manufacturers will take once passed are still unknown. On the whole, the return of smart phone batteries to detachable does help protect consumer rights and reduce environmental pollution, but there are many disadvantages.

What we can't ignore is that safety is always the first priority relative to the improvement of user experience. While smart phones are developing rapidly like opening and hanging, mobile phone manufacturers are actively improving the user's battery life experience. Many mobile phones also use fast charging technology and overcharge protection. The battery life performance of the mobile phone itself is also better than that of mobile phones when removable batteries were popular. The hidden safety hazards of removable batteries and universal charging are obvious. If this problem is not solved, it is not appropriate to rashly push the mobile phone battery back to removable.

Furthermore, the return of mobile phone batteries to detachability will overturn the component layout of existing smartphones, resulting in thicker fuselages and reduced protection capabilities for mobile phones. It is difficult for users to adapt. Not to mention that models with a special structure like the Apple iPhone X and a high degree of integration between the battery and the motherboard are not suitable for a removable battery design.

To sum up, I personally think it is good for the battery to return to the detachable starting point, but rash implementation still does more harm than good. It depends on how many mobile phone manufacturers like Apple choose!

Prev: Apple IPhone 13 Series Battery Life Test Next: What Is The Reason For IOS 13 To Block The IPh...