The battery life of the iPhone battery has been criticized for a long time, especially the poorly small battery, which is not in the same class as many Androids, but on the iPhone 13 series, the battery capacity has been increased across the board, the A15 SoC is more energy-efficient, and the battery life performance is also remarkable. point. The battery capacities of iPhone 13 mini, 13, 13 Pro, and 13 Pro Max are 2406mAh, 3227mAh, 3095mAh, 4352mAh, respectively, which are 8.0%, 14.6%, 9.9%, and 18.0% higher than the previous generation. 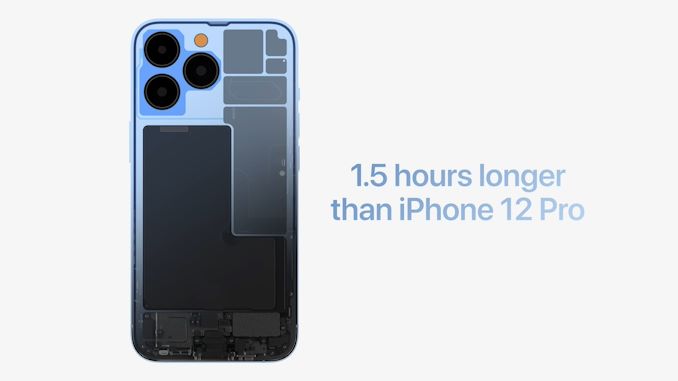 There are already a lot of relevant battery life tests, and AnandTech especially conducted a more in-depth and closer inspection of the real scene.

First of all, at a standard refresh rate of 60Hz, simulating daily Wi-Fi Internet browsing, the iPhone 13 Pro Max reached an astonishing 21.68 hours, far exceeding any other model (iPhone 12 Pro Max has not been tested for some reason).

The iPhone 13 Pro and iPhone 13 have also exceeded 21 and a half hours, not only leading the ROG gaming phone 5, Samsung Galaxy S21U and other long battery life models, compared with the previous generation, they are extended by 4.29 hours and 3.67 hours respectively.

The iPhone 13 mini is more general, only lasting 10.7 hours. 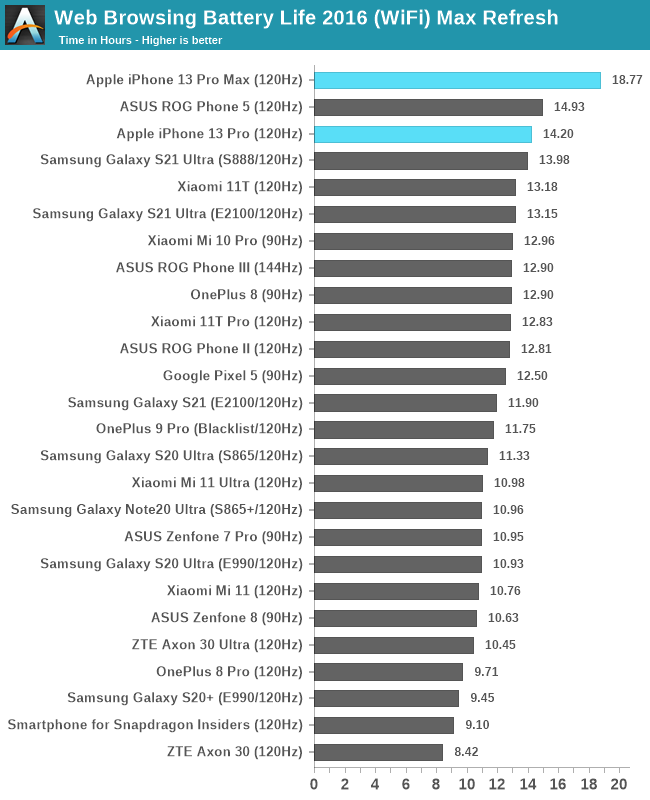 Next is the battle between high-brush phones. The 13 Pro series turned on 120Hz. As a result, the iPhone 13 Pro Max ran out of 18.77 hours and still stood out from the crowd. The iPhone 13 Pro also persisted for 14.20 hours and only lost. ROG gaming phone 5.

Prev: These Rumors About IPhone Batteries Are Unbeli... Next: IPhone Battery Becomes Removable Is Progress O...