As the iPhone 5 has been used for a long time, and the battery capacity of the iPhone 5 is small, it is easy to cause the battery to age, and the battery life is significantly reduced. The current recommended solution is to replace the iPhone5 battery, but the replacement of the original battery provided by Apple officially costs nearly 700 yuan, and many friends will be discouraged. In fact, it is not difficult to replace the battery of iPhone5, and replacing it by yourself can greatly reduce the cost. The following editor brings you a detailed iPhone5 battery replacement tutorial, I hope you will like it.

Replace IPhone 5/5s Battery Method/Step
1. First, prepare the iPhone5 battery. Here the author chose to buy it at a treasure. The price of the iPhone5 battery purchased is less than 100 yuan, and the film and iPhone5 dismantling tools are also given as a gift.

2.Second, the battery and dismantling tools are available, then we will dismantle and replace the battery. It is not difficult to replace the battery of iPhone5, even for ordinary users, as long as you pay attention not to use too much force when disassembling the phone, and do not break the internal cable, you can easily do it. The picture below shows the removal of the fixing screws at the bottom of the iPhone5. 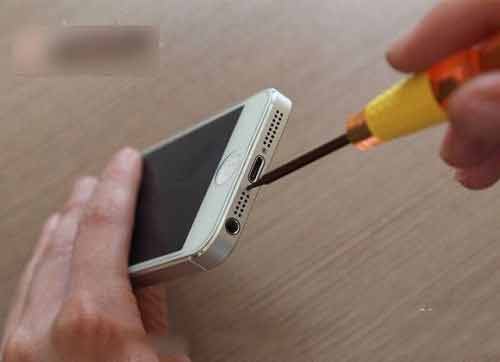 3. After the iPhone fixing screws are removed, we need to suck the screen with a suction cup, and then pull it outward. Use the tool to open iPhone5, as shown in the figure below: 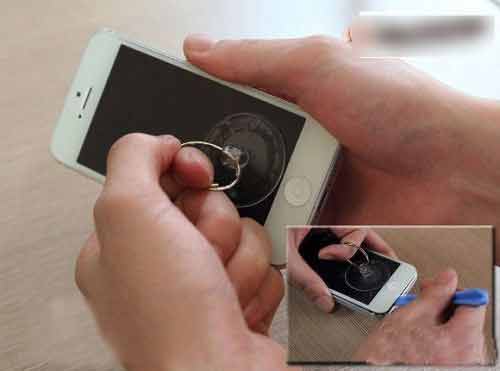 4. After a lot of effort and careful disassembly, the tilted front panel finally opened. It should be noted that there is a cable at the top of the iPhone 5 to connect to the motherboard, so be careful not to use too much force to avoid breaking the cable. . 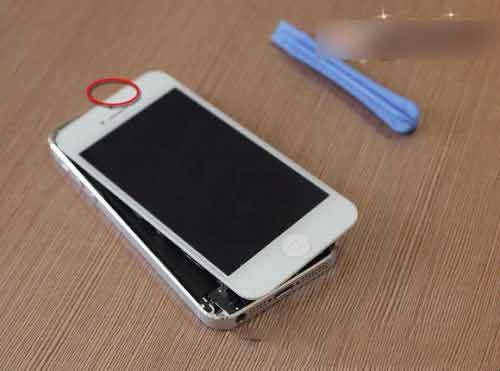 5. Next we can open the screen from the bottom. The motherboard cable connected to the front panel assembly does not need to be uninstalled here, but you need to be careful not to pull the cable, as shown in the figure below. 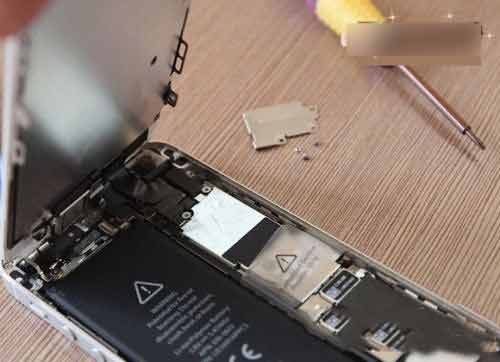 6. The next step is to replace the battery. First, remove the three fixing screws on the battery, and then remove the cable. Since the battery is connected to the chassis with double-sided tape, when it is tilted, the force needs to be slightly larger, as shown in the figure below. 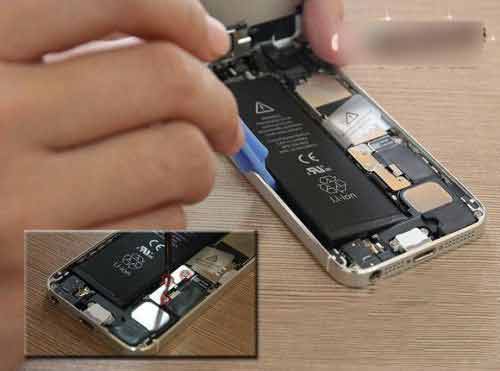 7. After disassembling the original battery of iPhone5, we can replace the purchased new battery. The specific steps are to install the newly purchased battery to the battery position, connect the battery cable, and then install the three fixed ones. Just screw, as shown in the figure below: 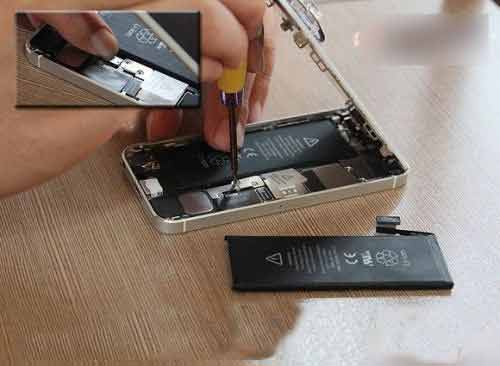 8. In the end, it's easy. Close the top cover of the screen again and fix the fixing screws at the bottom of the fuselage. So far, the iPhone 5 battery replacement is complete.

Summary: Through the detailed explanation of the above iPhone5 battery replacement tutorial, do you feel that replacing the iPhone5 battery is also very simple. When replacing the battery of iPhone5, pay attention to the internal cable when disassembling. Don't use too much force to cause it to break. It is worth mentioning that disassembling the phone is risky, and disassembling the phone will also cause the phone to lose its warranty service. Therefore, if the iPhone5 is still under warranty and the ability to do it yourself is poor, it is recommended not to replace the battery by yourself.